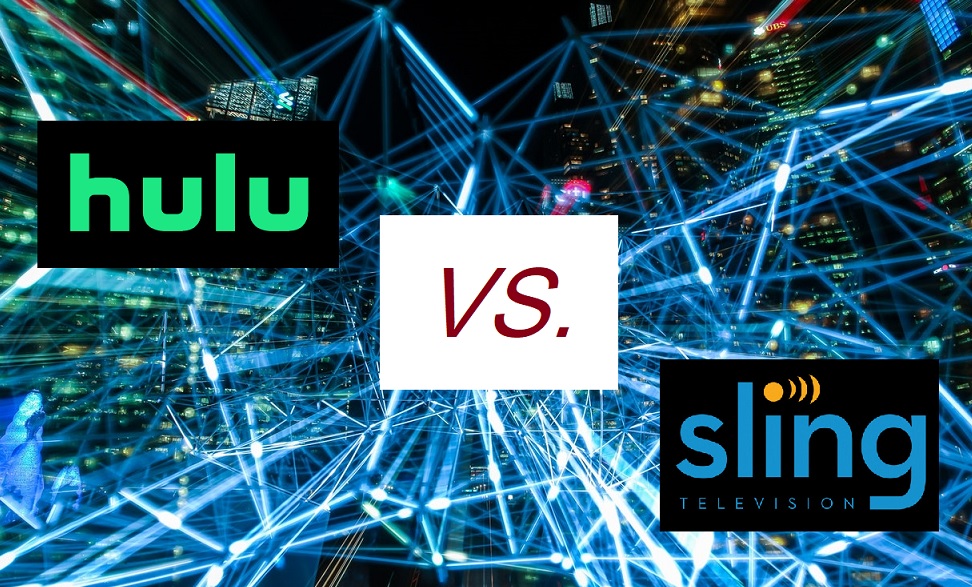 Does Hulu or Sling TV have more channels for live TV?

The answer to this question depends on few different things. By default, Hulu will probably net you the most access to live television networks, as they’re more likely to give access to local broadcasts. That being said, the way Sling is set up to allow for you to add and subtract different packages from your account means you can easily get dozens and dozens of channels as well. It might just be more expensive overall when you have to add so many different packages together.

Does Hulu or Sling have more live sports?

We have found that both services offer plenty of good access to things like local sports broadcasts, sporting networks but Hulu is a pretty clear winner when it comes to getting access to thinks like MLB, NFL, NBA, college sports, etc.

Because Hulu has such better access to local networks, it’s definitely a superior option if that’s the direction you’re hoping to go.

Sport networks available on Sling: ESPN, ESPN2, ESPN3, NBC Sports Network, FS1, and Stadium (depending on what region you live in, you’ll be able to access local broadcast networks as well, but that can vary city-by-city).

Is Hulu or Sling better for on-demand video?

We highly recommend Hulu given their extensive video-on-demand offering, included in your live TV subscription.

Because you’ll be a Hulu customer, you won’t only get access to their live streaming service, but also an on-demand catalog that competes with some of the biggest streaming services in the industry.

Sling has an on-demand catalog as well, but we have found it to be much more of an afterthought for most people as the real draw is access to live TV at such a ridiculously low introductory price point.

Because of the above being true, we believe that Hulu has a slight edge here with how much of a library catalog the service offers for on-demand video. It’s much easier to put your kiddos in front of on-demand video where you can control the content more as opposed to something like live streams where it’s a little less out of your control.

That being said, Sling does have some good kid-focused content and has some kid-friendly networks as well, so either one will work fine here.

Is Hulu or Sling a better deal?

The thing we love most about Sling is that you can literally mix and match any type of package you want. You can start in the low $30s per month or go as high as $100+ per month, but no matter what sort of content you want, you can probably find a way to create the best package for your needs.

Hulu is a lot more “what you see is what you get” when it comes to their content offering. They have some specific addon networks, which is great, but it doesn’t compete with Sling’s built your own streaming service.

One of the hottest things in cord cutting these days is being able to pick from a handful of different services that meet your needs. Sling TV gives you that option right off the bat with how their subscriptions work.

While it’s pretty close, and you could easily make an argument for either service, we’d recommend Hulu if you look at their offerings and think, “yeah this is what I want.”

If you’re looking at Sling’s different packages that you can mix and match and see the appeal in that, then we recommend you go with them instead.

The best news here is that both services offer a free trial, so you’ll be able to get a feel for each of them over the course of a week or so before committing. Neither Sling nor Hulu have contracts so you won’t be stuck in any sort of long-term deal when it comes to testing the waters of both.

Check out some great deals here: