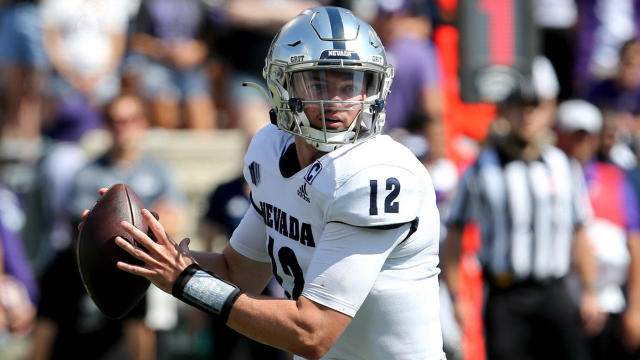 Once upon a time, the only way to watch college football was to tune into your local station and hope it wasn’t blacked out. Not anymore.

College football was first played all the way back in 1869 when Rutgers took on the school that would become Princeton University. This first game looked a lot like what we know as soccer. Today, things have changed considerably, and college football is distinctly American.

There are 130 teams in Division I of the NCAA. A few of the most popular include Alabama Crimson Tide, USC Trojans, Nebraska Cornhuskers, and the Auburn Tigers. But, no matter which team you want to stream online, the internet makes it possible, and you don’t even have to live in the school’s hometown or have a pricey cable subscription.

For the most part, college football streams on local networks, such as CBS, NBC, ABC, and Fox. However, the college sports networks, like the SEC Network and the Big 10 Network, along with cable channels ESPN, FSN, and the NBC Sports Network, also carry a number of games throughout the season. Here are our top choices for streaming collegiate sports:

Fubo is the first streaming media provider to focus on sports, including college football. Whether you want to watch online via your tablet or phone or stream from your Roku, Fubo has you covered. FuboTV carries many channels that allow you to stream NCAA football, including CBS ESPN, and ESPN2, which are all available with the Starter, Pro, and Elite packages. You also have access to the SEC Network, depending on where you live. If you want ESPNU and ESPN News, subscribe to Fubo Extra or Sports Plus, and these channels will also be at your disposal.

Get all the college football you can handle with Fubo.

Sling is one of the most widely known streaming television services in the US today. It’s also one of our top picks when you want to watch football online without committing 24 months to a cable contract. Your best bet with Sling is to subscribe to both tiers of service, Orange and Blue, and add sports extra for an additional $15 per month. Sling has a comprehensive line of channels for those members of your family that don’t want to watch sports, and it’s compatible with all of your favorite devices. As an added perk, you get 50 free hours of DVR storage, no matter your plan, so you can record the game while you work and watch it when you rest.

Sling is a popular choice for football fans on a budget.

Is your favorite team in the SEC? How about the Big 12? Are you an ACC fan? No worries, Hulu has your back. For less than $70 per month* Hulu + Live TV gives you all the channels you need to watch college football online, from the comfort of home, and without having to sit next to the other team’s fans. With an expansive lineup of networks, including ESPN U and FS1, you’ll never miss a game. Even better: Hulu’s College Football Hub lets you choose your team and tells you when they are on. While some programs are the victim of regional restrictions, Hulu + Live TV subscribers won’t be disappointed, especially if you want to stream from two different devices at once so that you don’t have to miss any of the action when you step away from the television.

While the streaming services we’ve mentioned above are our top picks, they are not the only ways to use the internet to your advantage on game day. You can also go to your team’s website to see if they are streaming the game directly from there. Another option is to look and see if your team has an app, which will likely, at the very least, offer live, play-by-play coverage.

All of the above services have some or all of these channels but it’s too much information to list here. Check out our guides to college football channels here:

Can You Listen To College Football On Streaming Audio?

We don’t always have the luxury of holding our phones in our hands. For these moments, we either need a passenger seated next to us to give us a rundown of what’s happening, or we have to find a way to listen to college football via streaming audio. But, is it possible? The answer is a very fortunate yes. SiriusXM offers a host of satellite radio stations that will follow you around, no matter what market you’re in. SEC Radio, ACC Radio, and ESPNU Radio are just three of the great stations that broadcast live games, including the majority of Bowls.

Can You Watch College Football Online With A VPN? (Yes!)

If you’re still stuck to the idea of streaming college football online, you may have found that regional restrictions are a big fat roadblock. They don’t have to be. With a virtual private network, you can pave your own road directly from your streaming service or network of choice straight to your device. We like NordVPN for its affordability and ease of use.

College football is every bit as exciting as the NFL. If you want to watch online, you can’t go on any of the above streaming services.

*Any pricing listed above was current as of publication date. Check your streaming provider often to see what’s changed.