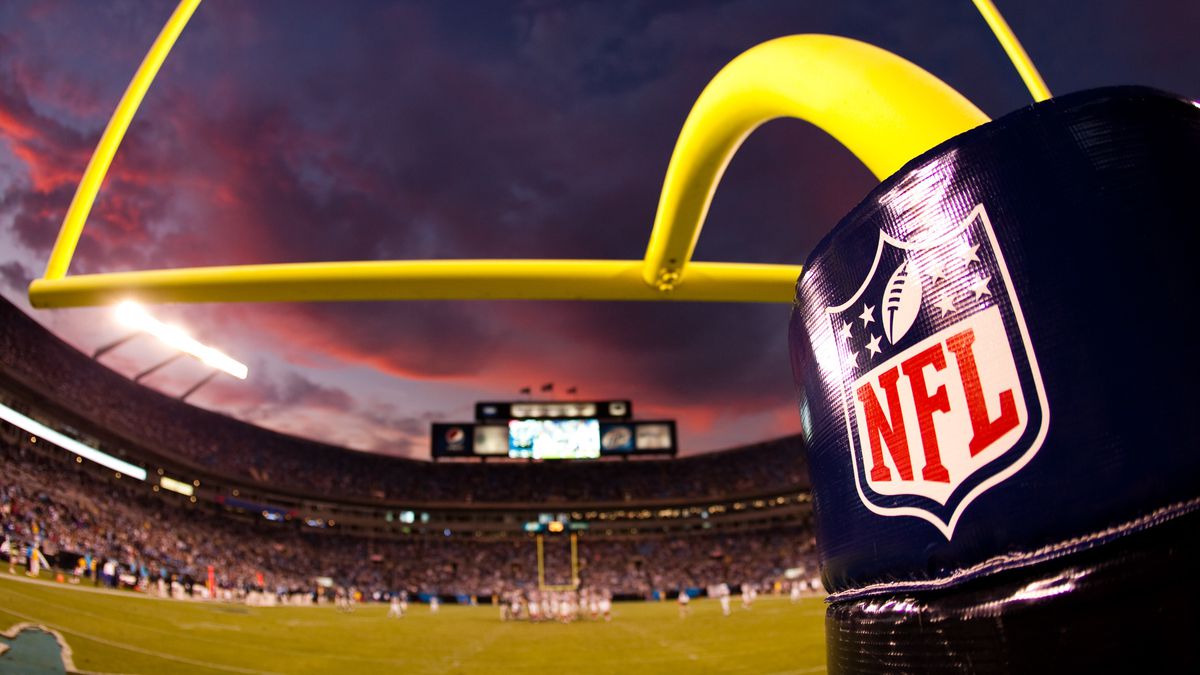 How are you supposed to watch your favorite NFL team take to the green? Streaming services are the answer. Keep in mind, however, that different networks have access to different live NFL games. Some may hold the rights to Monday Night Football, while others broadcast Thursday evening events. If you want to watch every NFL game live online, you may have to subscribe to more than one service. That’s the beauty of streamers like Sling and Fubo, you get nearly every NFL game live streamed for one This is still often a more affordable option than the long-term contracts you’re expected to sign since you can cancel at the end of football season without repercussions.

FuboTV has All NFL Games

For avid NFL fans, the most logical choice is Fubo. Featuring the NFL Network, NFL RedZone, ESPN, CBS, FOX, NBC, B1G Network, Sunday Night Football and more, Fubo has a little something for everyone. The most popular plan comes in around $64.99 per month, which is a small price to pay to have access on two devices, with the option to share with family for $5.99 more. Something to keep in mind about FuboTV is that it comes with Lookback, an innovative feature that lets you watch your games up to 72 hours after kickoff. You also can record up to 30 hours of live TV, which is yours forever. For an extra $16.99 per month, your cloud DVR will hold onto 1000 hours of programming.

Sling is another excellent option for sports fans. With Sling Blue ($35/month) plus Sports Extra ($11/month), you’ll have access to NFL RedZone and ESPN, both channels that offer live NFL coverage. Stream everyone from the Washington Redskins to the Indianapolis Colts directly from your device. If you sign up for both Blue and Orange service and prepay for two months, Sling will even throw in a free over-the-air antenna that lets you watch NBC, Fox, and CBS as a local broadcast.

Hulu is another great option if you want to watch NFL games, and it comes with the added benefit of being able to record whatever you want to watch later on your terms. Keep in mind that you will need a Hulu + Live TV subscription, which costs $64.99 to $70.99 per month with and without commercials, respectively. You’ll also need a device that supports live television. You’ll have to enter your ZIP Code to make sure that you qualify for regional games as coverage is blacked out in some areas. You can get around this little snafu with a VPN (more on that later). Hulu + Live TV subscribers have access to NBC, CBS, and Fox along with ESPN, so you can sit back and relax during most local games and during every Monday Night Football event.

Paramount+ has NFL Games from CBS

Paramount+, formerly CBS All Access, is your network for the NFL and many other sports leagues. Plans start at just $4.99 per month, with Premium Access available for $9.99 per month. Choose an annual plan and save 16% off your monthly fee.

If you want to watch Thursday Night Football live, you have to have an Amazon Prime Video subscription. Prime Video, which is a perk of your Amazon Prime subscription, is the exclusive streaming service for TNF starting in 2022. At $119 per year (or $8.99 per month for just Prime Video access), Amazon is one of the least expensive services available.

YouTube TV features more than 85 channels for your viewing pleasure. ESPN, Fox, and The NFL Network are all available directly through YouTube TV, and all for $64.99 per month. For an added fee, you’ll have access to NFL Redzone and six other sports channels, meaning you’ll never have to leave your living room to enjoy game day. Like to go back and watch your games later on? You can store unlimited television for up to nine months. Plus, you can watch the game, your wife can watch The Bachelorette, and the kids can watch their cartoons all at once since YouTube TV supports three simultaneous streams at once.

If you don’t want to subscribe to a TV bundle, you always have the option to download the ESPN app directly to your compatible device. You can stream thousands of games across all sports. Monday Night Football is only on ESPN so have a plan to watch that game if you’re out of market, for your team.

Locast is unique among all streaming services in that it is a not-for-profit service and is extremely limited. Currently, only 35 markets have access to Locast. However, if you’re in Houston, Denver, San Francisco, Baltimore, or any of the other major cities it serves, your TV is available to you for a donation of just $5 per month. Local channels, including ABC, CBS, and NBC, are available, meaning you can watch games in your area on their home stations as they air.

Technically, you have to have a cable subscription to access NFL Sunday Ticket, but it’s one option that will give you every Sunday game. However, before you subscribe, know that it’s exponentially expensive, ranging from $73.49 per month to $99 per month, depending on which tier of service you choose.

How To Listen To an NFL Livestream

Don’t have a screen? No problem. There’s still plenty of ways to get your football fix with nothing but a pair of earbuds and your device.

The NFL Gamepass gives you an audio stream of your favorite games no matter where you are. You’ll even have access to video when you’re ready, which includes all games during the season and access to the NFL Films Archives.

Listen to the NFL live with a play-by-play analysis on the NFL station on SiriusXM. This is a great option if you drive for a living or have a long commute. Even in the off-season, you’ll still get your fill with news and entertainment related to the NFL.

If you want the most comprehensive NFL stream, Westwood One is the way to go. With every Sunday, Monday, and Thursday night game during the regular season plus playoff coverage, you’ll never miss any of the action.

How To Watch Football With A VPN

A virtual private network, VPN for short, is one way you can get around game blackouts. When you use a VPN, you essentially bypass the location data stored by your ISP to watch NFL or even college football live. Why is this important? Because not all markets can get all games. A VPN isn’t perfect, but it comes with the added benefit of keeping your online information safe, no matter who’s trying to see where you’re streaming from. NordVPN is one of the most popular options and typically costs about $12 per month, although you can usually get a better deal if you sign a two-year contract and prepay.

In the world of online streaming, not all devices are created equally. For this reason, you don’t want to just grab any hardware off the shelf.

The Roku Express 4k+ is hands-down one of the best and, at around $30, most affordable streaming devices available on the market today. It’s also the smallest that lets you seamlessly stream 4K pictures with the best color possible based on your television. As an added perk, you can also use the Roku remote to control your TV, so no more searching for the ever-elusive second remote to turn the power on or the volume up during that big touchdown replay. Roku is also compatible with most apps and features a dual-band wireless connection to ensure a beautiful picture.

If you’re a huge fan of Amazon products, you can’t beat the voice-activated Fire TV Cube. Although, at $119, it’s 4X more expensive than the Roku, the Fire TV Cube is often billed as the most powerful television streaming device. You can also watch 4K Ultra content, and, using the built- in voice-activated Alexa AI, control many other smart devices located around your home.

The Chromecast is not a streaming device per se, but it’s a powerful tethering device that lets you use your computer, phone, or tablet to stream 1080p video directly to your television. Just plug it in and choose which streaming app you want on the big screen. Google’s 3rd gen Chromecast is available for $29.99.

Coming in at around $150, the ethernet-powered Apple TV supports Netflix, Hulu, ESPN, and many other streaming services. You can ask Siri to watch the game or, when nothing is airing, play your own in the Apple Arcade.

There you have it, plenty of options for football, no cable required. Before you start signing up for services, do your research. Each provider and network is subject to change their contracts, so what works for this year may not work for next season.