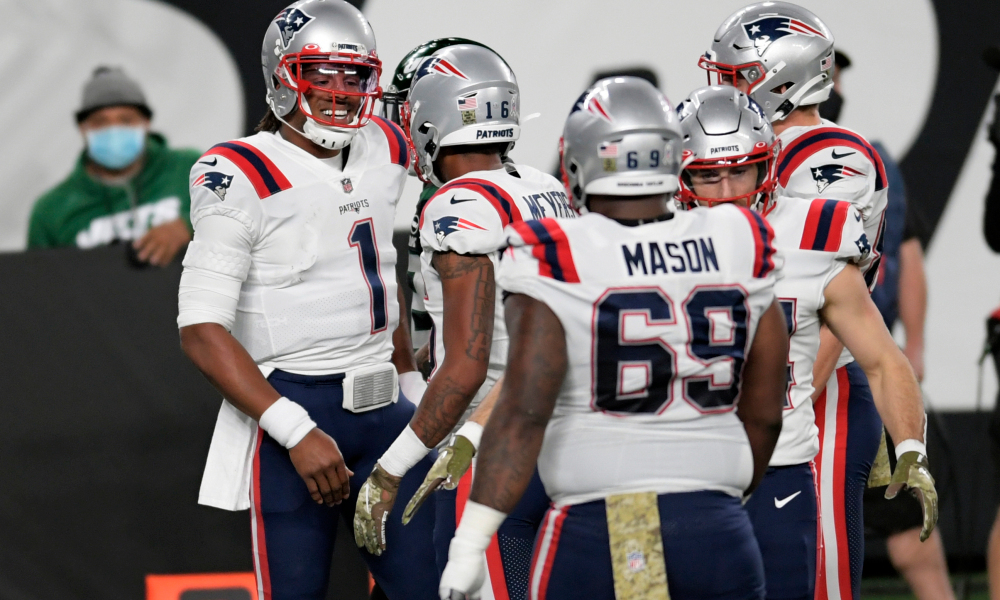 You don’t have to have cable when you want to keep up with the New England Patriots.Service options below.

Way back in 1959, Billy Sullivan, a wealthy businessman from Boston, was granted rights to form his AFL football team. The next year, the team’s name was granted, and the Boston Patriots were born. Fast-forward to 1971, and the team was given the name the New England Patriots, a moniker they hold today.

Throughout the early years, the Patriots struggled to find solid home ground. Between 1960 and 1970, the team bounced around quite a bit, playing in four different fields. It wasn’t until 1971 that it moved into Foxboro Stadium, which was home for 30 years. In 2000, the New England Patriots broke ground on their now-home, Gillette Stadium. This 65,878-seat arena opened in 2002, and the New England Patriots have sold out every single game, including the preseason and playoffs, ever since.

One of the greatest forces to be reckoned with in NFL history, the New England Patriots hold six Super Bowl championships, all captured between 2001 and 2018. The Navy blue, red, silver, and white have also brought their energy to 27 playoff appearances and have more than 30 conference and division championships combined.

If you follow the New England Patriots, you know that the best way to watch Pat Patriot is to attend the game. But, because tickets are hard to find, you can stream all of his patriotic passion with the services below.

Hulu + Live is the $64.99 cable alternative that every New England Patriots fan needs. You’ll get sports, entertainment, and news on-demand or live. What’s more, Hulu subscribers can choose The Disney Bundle for $72.99 per month, which includes extra sports with ESPN plus all of the Disney shows and movies you know and love. You can also choose a standalone ESPN upgrade for $6.99 a month. Paired with Hulu’s Sport Add-On ($9.99), Hulu users with either the bundle or the ESPN addition can watch the NFL all season long.

You don’t have to go game-less through the season. Sign up for Hulu here today.

Fubo Is Home To The New England Patriots All Season Long

Fubo. Ever heard of it? If not, you are in for a huge treat. Fubo is the first streaming service of its kind that was built by sports fans for sports fans. Watching the New England Patriots is easy when you sign up for Fubo’s starter package and add Sports Plus, a digital upgrade that gives you ESPN News and NFL RedZone. Even better, depending on where you live, you’ll have unrestricted access to your local channels from ABC to NBC and every station in between. All without cable!

Sign up for Fubo plus Sports Plus for less than $80 per month.

Sling isn’t far off from Hulu or Fubo in terms of the number of New England Patriots games you can stream each season. But, Sling is actually one of the most affordable options out there. When compared to cable, you can save almost $1000 each year when you sign up for a base Sling package ($35). For an extra $15 a month, you get a comprehensive television bundle that includes more than 50 channels, including FOX and NFL Network.

Don’t skip Sling when you’re on a budget. Skip cable instead.

The Official New England Patriots App Has Games For Free

When your pride and glory is the New England Patriots, you have to download the team’s official app. If you live in-market, you can even watch every live game that’s available based on your local TV schedule. The app is free to use and compatible with both Android and iOS mobile systems. Bonus: enable the New England Patriots Alexa skill on your Amazon device for fun facts, Patriots Radio, and info on what’s coming soon to Gillette Stadium.

The NBC Sports app is accessible to people who already have a streaming or cable service that includes NBC Sports. Through the app, you can catch exclusive content and, most importantly, watch Sunday Night Football featuring the New England Patriots (subject to local availability).

If you’ve ever wondered about virtual private networks before, now’s the time to really do your research. A virtual private network encrypts your online activities and helps keep your personal information private. Using a VPN to stream the New England Patriots can also help you bypass geo-blocked content. In other words, you can use a VPN to watch football in any market, no matter where you are. We recommend NordVPN because it’s one of the most well-reviewed, fastest, and most readily available VPNs available to US customers.

The NFL wouldn’t be quite the same without the New England Patriots, and neither would you. Catch them online free or choose one of the affordable streaming services above, and never miss a moment.