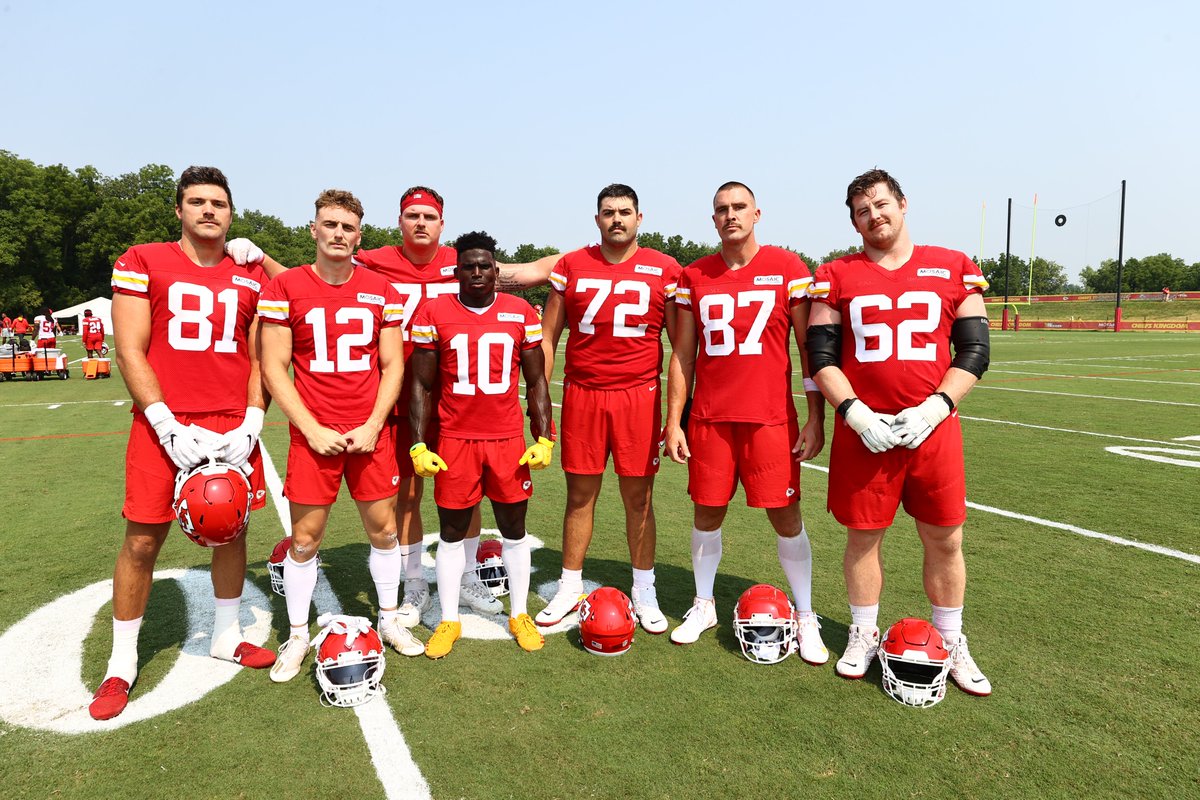 Even though the Kansas City Chiefs retired their equestrian mascot, Warpaint, in 2020, you can still catch the action online in 2021 and beyond.

The Kansas City Chiefs made their first appearance back in 1960, after being formed in the summer of 1959. They were originally a part of the AFL and then, after the NFL merger, are now categorized as an AFC West conference team. Originally dubbed the Dallas Texans, the Chiefs took on their current moniker in 1963. It also goes by the nickname Legion of Zoom, and you may hear old-timers continue to refer to the Kansas City Chiefs’ defense as The Redwood Forest.

The Kansas City Chiefs is home to the fifth-largest stadium in the NFL. Arrowhead underwent a nearly $400 renovation, which was completed in 2010. Long since hailed as both one of the best stadiums for fans and hardest stadiums for opposing teams, Arrowhead often sells out and is one of the few arenas to have a natural grass playing surface, which it has had since 1994.

If you want more insight into the Kansas City Chiefs, you can watch their games and catch the accompanying commentary on any of the services listed below.

Are you looking for one of the best ways to watch the Kansas City Chiefs online without cable? Stop right now because you have found it. Hulu subscribers with live service have free access to the NFL Network during the regular season. You’ll also get to witness preseason contests and, if you don’t mind adding sports to your base service, you’ll also get NFL RedZone, which showcases all things football on Sunday afternoons. Hulu showcases games on ESPN, FOX, NBC, and CBS as well, but you will have to be in the market for some games.

Hulu’s packages start at less than $6 per month, but you’ll need a Hulu + Live subscription for real-time football.

Sling has been around for a few years now, but the streaming service has only recently garnered the attention of football fans. You can tune into the Kansas City Chiefs by signing up for Sling Blue + Sling Orange + Sports Extra for $65 per month (although you can usually find a great deal for the first month). When you include Sports Extra with your Sling subscription, you get both NFL channels as well as games streaming in your local market through NBC and CBS.

For $50, you can enjoy a month of both of Sling’s packages. Add more sports for a fully immersive experience.

When you want the Kansas City Chiefs anytime, anywhere, live, or on-demand, you have to have Fubo. The NFL, ESPN, CBS, NBC, FOX, and more are available through the first-ever streaming service programmed exactly to your football-loving specifications. Not enough? Fubo kicks things up a notch by offering everything from Showtime to Animal Planet. On those sad four days a week during the season when football isn’t on, you’ll have plenty to keep you busy; all you have to do is sign up.

A quick visit to Chiefs.com does so much more than let you watch Kansas City Chiefs games on game day (assuming you are in the local market). Directly from the website, you can also catch podcasts, check out the schedule, buy tickets, and even stock up on gear, whether you plan to watch from home or in person. It’s free and a great website to bookmark even if you have already invested in streaming services.

Maybe you already have cable and just can’t be home on game day. Whatever the reason, if you have a current streaming or cable service that includes ESPN, you can log into ESPN.com or download the ESPN app for free access to Monday Night Football. Your Roku, Xbox One, iPad, or other smart device is your hand-held pass to the Kansas City Chiefs.

Because your privacy is important, consider using NordVPN for all of your streaming needs. With its fast connection, Nord lets you watch the Kansas City Chiefs without prying eyes or a cable subscription. For $3, you can sign up today and enjoy all of the benefits that a virtual private network has to offer.

At the end of football season, the last thing you want to do is look back and realize you could have caught every game. Fortunately, by subscribing to the services above, you won’t have to.