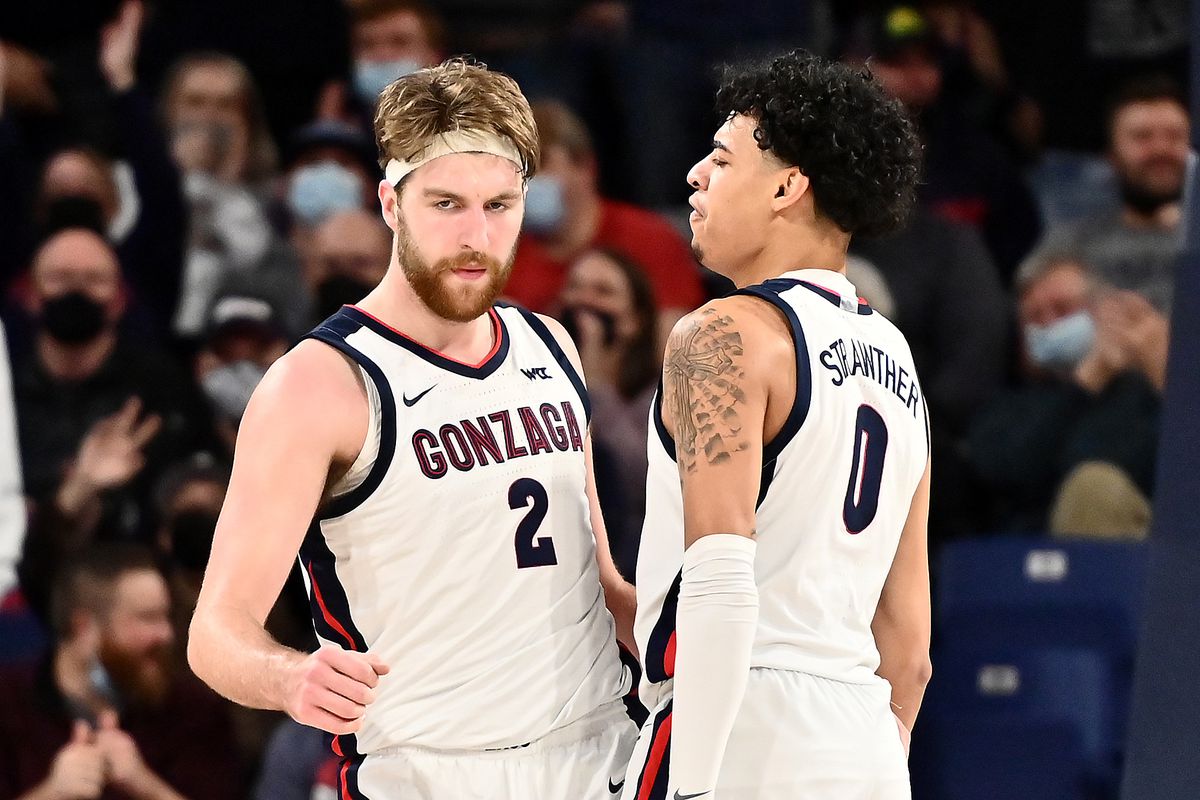 Are you a part of the Kennel Club or just a Zags fan at heart? No worries, we have plenty of options that let you stream Gonzaga Bulldogs basketball online on your terms.

The Gonzaga Bulldogs basketball team played their first season in 1907. While you were not around then, you’ve stuck by your team through thick and thin since you were old enough to remember. You’ve watched the Gonzaga Bulldogs through hundreds of games, dozens of championships, and more than a handful of NCAA tournament appearances. Navy blue, red, and white are your favorite colors, but you know scoring tickets to the 6000-capacity McCarthy Athletic Center in Spokane isn’t always easy. Enter streaming media. Here are the best ways to watch the Gonzaga Bulldogs online.

The WCC might be a little more difficult to watch than some other conferences, but Fubo has you covered. Gonzaga Bulldogs basketball streams through WCC All-Access and Stadium when you sign up for Fubo Pro or Elite. Plus, you’ll still be able to catch NCAA games on ESPN, Fox, ESPNU, ESPN2, and regular ESPN. You can also tune into the CBS Sports Network and ABC for game streaming through these stations. Fubo further carries an extensive lineup of collegiate and professional sports, including soccer, hockey, and baseball. In other words, Fubo has everything you need and, with prices starting at less than $70 per month, it’s an affordable option that will upgrade your television viewing experience.

Never miss a game with Fubo.

The Gonzaga Bulldogs Basketball Team Is Online Through Sling

The Gonzaga Bulldogs play more than two dozen games each season, and many of these air on CBS Sports Network and ESPN2. Thankfully, you can get each of these channels when you sign up for Sling’s double deal package, Orange + Blue. Other channels you can expect to find through Sling include BET, CNN, Cheddar, The Food Network, Lifetime, MSNBC, the NFL Network, and Vice. Sling is about the most affordable way to stream the Gonzaga Bulldogs online, with the Orange + Blue package starting at $50 per month. Keep your eyes out for a free trial or discounted services, as Sling changes these up often.

Sling won’t strain your budget, but it will get you college basketball.

Watch The Gonzaga Bulldogs: Hulu + Live TV Puts You Up Close And Personal

Do you follow the Gonzaga Bulldogs? Of course you do! That’s why you’re here. Good news for you: Hulu + Live TV now features a college sports hub that lets you keep up with all of your favorite teams from one location. Further, with a full line of networks geared toward live sports (CBS, ESPN, and ESPNU, to name drop a few), Hulu + Live TV is a great option. If you’re looking for a service that caters to the entire family, look no further since Hulu’s live streaming tier also gives the kids easy access to Marvel, Pixar, and Nat Geo shows through Disney+ at no added charge. Plus, you can all take your favorite shows or games with you on your supported device, which includes iPhone, Xbox, Nintendo Switch, and PlayStation 4 and 5.

Disney+ included in Hulu + Live TV makes this a top choice for families.

If you have a Roku, check the Roku Channel Store to add Stadium to your existing subscription. Stadium gives you 24/7 access to all things sports every day on the calendar. You’ll have exclusive coverage of live games, collegiate sports highlights, replays, and original sports programming. Stadium also offers award-winning content of Olympic sports, MMA, wrestling, NHL, and even high school football and basketball.

If you live in the Spokane area, you can listen live to the Gonzales Bulldogs during select men’s and women’s basketball games. Simply turn your radio to AM 790. If you don’t live in the area, download The Varsity Network app for Gonzaga University live stream. Listening to streaming audio might not fill the void of watching the game in person, but it’s a great option if you’re on the go and can’t sit still for both halves of the game.

Why Use A VPN When Gonzaga Bulldogs Is Streaming Online

Many people mistakenly believe that a VPN is used only for masking unscrupulous internet activities. The truth is that a virtual private network is something that most people should invest in, particularly when logging into a public internet connection. A VPN is designed to hide your IP address, and services, such as NordVPN, make it much more difficult for hackers to access your information. If you’re logging into a service to watch the Gonzaga Bulldogs, for example, your name, password, and credit card information go out into the World Wide Web. A VPN can help keep it safe.

Watching the Gonzaga Bulldogs basketball online shouldn’t be a chore. With the streaming services we’ve mentioned above, it’s not.

Keep in mind that prices are set by each provider, and they change often.