The 2021 best cell phone plans in Charlotte by category:

The city of Charlotte is a historic metro, with many modern amenities reshaping the landscape. Both home to massive historical museums, Charlotte also boasts such things as the NASCAR Hall of Fame, meaning tourism is strong in this beautiful city.

The job market in Charlotte is strong, with some heavy focuses in the financial sector. Charlotte is home to companies like Bank of America and Wells Fargo, and is considered by many to be one of the largest (2nd at the time of this article’s publication) financial hubs in the United States.

With a blossoming economy, stable population numbers just south of one million people living in the city, and being a major hub for the financial industry, wireless coverage in Charlotte is strong. The big three wireless carriers all have plenty of coverage areas, and Charlotte experiencing rapid 5G rollout.

Below you can find the best mobile carriers available to Charlotte consumers looking to compare plans as reviewed by the GammaWire team:

Which Mobile Provider Has the Best Cell Coverage Network in Charlotte?

While you can’t go wrong with any of the big three carriers (T-Mobile, Verizon, and AT&T), the current winner in our opinion is AT&T which boosts the widest area of wireless coverage at high speeds in comparison with its competitors.

While T-Mobile boasts the biggest 5G network (more on this later) in Charlotte, most consumers will experience download speeds north of 100 Mbps on AT&T’s main network.

Verizon is also a solid choice, but their overall average speeds tend to be a tad lower than the other two carriers noted above.

That being said, it’s impossible to argue against any of the big three carriers’ coverage area in Charlotte, as it’d be rare to find a neighborhood that doesn’t have serviceable coverage for the average consumer.

While T-Mobile current offers near-50% 5G coverage across the city, AT&T still boasts the overall average fastest speeds. In a study conducted by PCMAG, the study participants found that AT&T maintained a blistering fast 110 Mbps average, which coincides with data seen by the GammaWire team.

The good news for the city of Charlotte residents (or those thinking about moving there), is that 5G rollout is definitely prioritized, and most network coverage will probably be on the much faster network sometime in the relatively near future.

As soon as we have more information and details about what 5G coverage might look like in Charlotte, we will update the data on this post.

One of the best parts about living in a city as large as Charlotte, is that it can support a marketplace of affordable and discount cell phone plan companies. This competition tends to drive prices down a bit across the board. Services like Mint Mobile and Boost Mobile have plans starting between $10-15 dollars a month, which is about as cheap as you’re going to find in a city like Charlotte.

Mint Mobile, Boost Mobile, Cricket Wireless and other discount cell phone plan carriers are available in Charlotte and offer not only great rates but great service as well. So while a big carrier might be able to offer a wider range of plans and packages, some of these up-and-comers are a great option for the budget-minded.

One thing to always keep in mind when considering a cheaper cell phone plan though, is that if you’re going with a discount plan, make sure the coverage is solid wherever you spend the most time. As an example, most any carrier that sells its network in Charlotte is going to be rock solid, but if you travel a lot, it’s a good idea to ask about coverage wherever else you spend time.

While the above zip codes see some of the best cellular coverage in Charlotte, we haven’t actually seen that many zip codes that struggle when it comes to cell network coverage. Most all neighborhoods and zip codes in Charlotte will have great speeds and network availability. 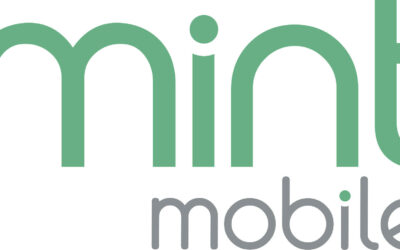 When Mint Mobile got its start as a subsidiary of Ultra Mobile, it was just another plucky off-brand cellular provider. Since then, Mint has run some splashy ads, rebranded from its original “Mint SIM” moniker, and added the ever-charming Ryan Reynolds as an...

END_OF_DOCUMENT_TOKEN_TO_BE_REPLACED 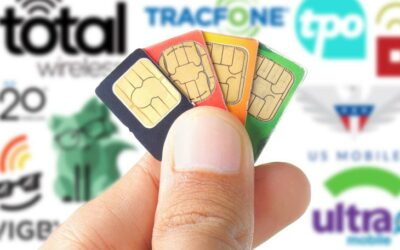 These days, looking for an affordable cell phone plan can feel like scrolling through Netflix: a bunch of options seem okay, but it’s tough to make yourself commit. There may only be three major carriers, but that hasn’t stopped a plucky handful of little guys from...

END_OF_DOCUMENT_TOKEN_TO_BE_REPLACED 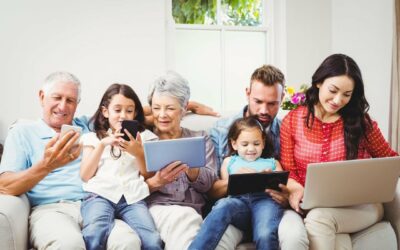 Raising a family is the best, but supporting one can get a bit expensive. Even something as simple as going out to eat or catching a movie often feels like highway robbery, and let’s not even talk about the Christmas budget. Fortunately, wireless companies feel your...