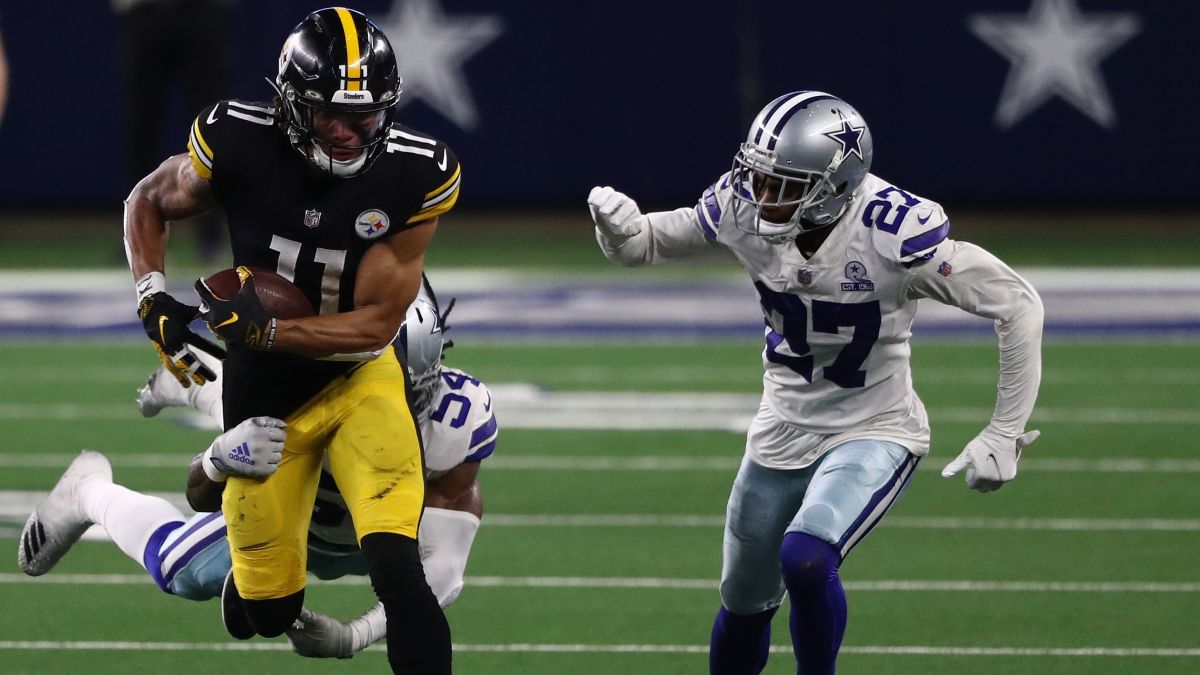 When you absolutely have to have the Pittsburgh Steelers, but you don’t have cable, you need the following streaming services.

One of the winningest teams in NFL history, the Pittsburgh Steelers hold 38 major wins, including six Super Bowl championships. The black and gold are, without a doubt, one team you either love or hate. Love them? You may already know that their mascot, Steely McBeam, was born during the team’s 75th anniversary. Hate them? Don’t be so hasty. The Pittsburgh Steelers not only have the most dedicated fan base in the NFL, they are also one of the most charitable teams. The team’s Terrible Towel has raised upwards of $2.5 million for Allegheny Valley School, an organization dedicated to the care of people with disabilities.

Since 1933, the Pittsburgh Steelers have been owned by Irish-immigrant family, the Rooneys. The team has had six home fields and currently plays from Heinz Field in the North Shore neighborhood of Pittsburgh.

Since the beginning, the Pittsburgh Steelers have been known as an equal opportunity team, and the Rooney family has long advocated for both minority and women’s rights in professional sports. Love them or hate them, you can’t deny that their charitable work and dedication to underserved populations is admirable.

Ready to watch the Pittsburgh Steelers? Drop your cable, and subscribe to those services below.

Hulu Makes It Easy To Stream The Pittsburgh Steelers Live

Hulu is one of the most popular streaming services available in app form today. What makes it our top pick for watching the Pittsburgh Steelers? That would be the incredibly affordable Sports Add-On. For just $9.99 per month (on top of your $64.99 per month Hulu + Live subscription), you’ll get live sports, including NFL RedZone. Hulu even allows you to sample its service for free for up to 30 days.

Hulu + Live is no stranger to the Pittsburgh Steelers.

Fubo. Funny name, fabulous streaming service. Sports in 4K on Fubo include the MLB, NASCAR Channel, and, for those of you following the Pittsburgh Steelers, NFL RedZone. You can also watch football on CBS, NBC, FOX, and more. Not sure which devices work? Most of them. Fubo is compatible with Roku, Apple TV, Samsung Smart TV, FireTV, and your Android or iOS phone. Fubo Sports Network is another compelling reason to spend your money with this streaming service, as you will have access to news and original programming on local and international sports, including basketball and soccer.

Fubo sounds a lot like football. There’s a reason for that.

How To Watch The Pittsburgh Steelers On Sling

When you’re looking for the most effective ways to watch the Pittsburgh Steelers, and you’ve already cut the cord, you should know that Sling is a powerful tool in your fight against cable contracts. Sling not only offers you channels that help fuel your passion for football, but it’s also easy to cancel once the season is over. You won’t want to cancel as Sling has so many options, you’ll find something to watch all year long. Sign up for Sling Blue for $35 per month or bundle its most channel-heavy package (Blue + Orange) for just $50.

Stop what you’re doing, and sign up for Sling right now.

You Can Watch Pittsburgh Steelers Games On CBS’s Paramount+

If your dream is to watch as much football as your heart desires for less than $5 a month without a cable contract, then you need Paramount+. This is the home for all things CBS. Paramount+ gives you NFL programming on all supported platforms using your connected device, mobile phone, or computer. Visit the CBS website for a full NFL schedule, and then go to your app and select “Live TV” to see if the Pittsburgh Steelers are on.

Even If You Don’t Live In Pittsburg, Steelers Nation Radio Broadcasts Live Audio

When you can’t sit in front of the TV screen, tune into Steelers Nation Radio (SNR). Mobile and desktop users can stream pregame, gametime, and post-game programming, although geographical restrictions imposed by the NFL do apply. Even if you do watch games live, you’ll still want to visit SNR to stream audio that takes you behind the scenes for plenty of news and exclusive stories. To access SNR, visit the team’s official website, Steelers.com.

Traveling? Like your privacy? Watch the Pittsburgh Steelers games no matter where you are by using a VPN. A VPN is essentially a traffic redirector that routes your online activities through a hidden “tunnel” that lets you bypass showing your Internet Service Provider what you’re doing and from where. NordVPN is one of the best options here as it does not limit you on bandwidth and won’t slow down your connection. This means you can watch as much football as you want.

All of the action and excitement is never more than a click away for Steelers fans with one or more of the above options.