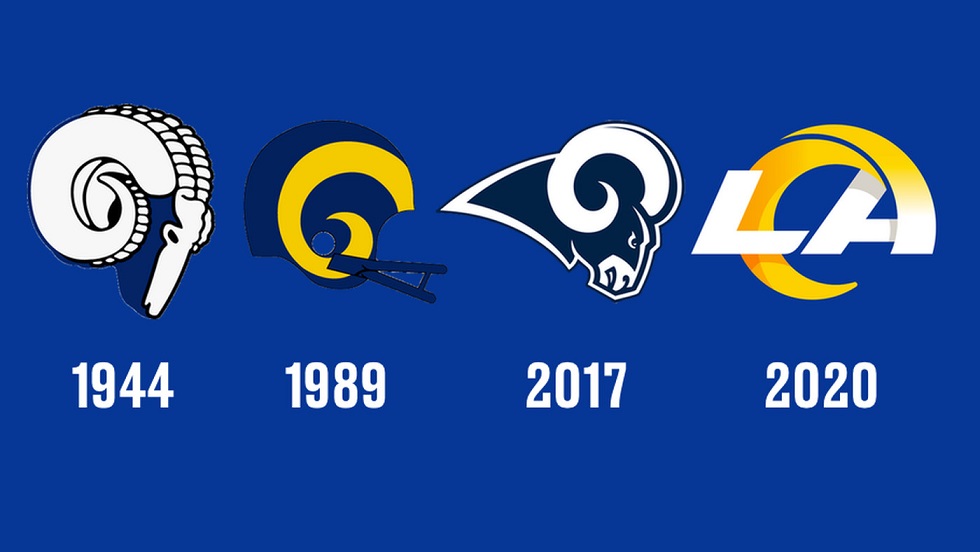 The Los Angeles Rams are on television, live, and in your living room with the following streaming services.

The Los Angeles Rams, which play at SoFi Stadium, have used many informal monikers tThroughout the years, including the Fearsome Foursome and The Greatest Show On The Turf. The team made headlines during the 1943 season for being one of the only teams to halt operations as it struggled for players amid World War II drafts. Currently, the Los Angeles Rams are valued at nearly $4 billion, making them the fourth most valuable team in the NFL.

A fun fact about the Los Angeles Rams is that they have had a helmet logo since 1948. The artwork was designed by the team’s halfback, Fred Gehrke, a commercial artist by trade, who took a paintbrush to his leather helmet. This trend-setting move made the Los Angeles Rams one of the most easily recognizable teams in the NFL, a legacy still held today.

If you are looking for more than just a quick history brief on the Los Angeles Rams, you can tune in to live games using the services below.

Fubo advertises live sports and television without cable. Well, this is one case where the advertisement seamlessly matches up to reality. With more than 100 channels, including ESPN, ESPN HD Deportes, and the exclusive Fubo Sports Network, you’ll have an opportunity to catch just about every Los Angeles Rams game from your streaming device. Need more? Fubo subscribers in most locations also have access to their local networks, two NFL channels, and NBC Sports Network.

Stop what you’re doing and subscribe to FuboTV for just $64.99 before football season.

Sling was one of the first streaming television services to give the option to host a watch party with your friends and family across the country. Now, you can tailgate virtually with other Los Angeles Rams fans no matter where you are. With more than 65 sports channels at your command, Sling is slowly inching its way to a top spot for those that love sports. Subscribe to a Sling Blue and Sling Orange package bundle today for $50 per month, and you can add dozens of premium channels for an extra $21 per month.

When you are looking for a comprehensive sports and entertainment bundle, the $72.99 per month offering with Hulu + Live, Disney+, and ESPN grouping definitely does the trick. Not only do you have access to the Los Angeles Rams, but you can also watch Disney shows and store up to 50 hours of content on the included DVR.

Hulu + Live regularly offers specials, which you can find on Hulu.com.

YouTube TV Is Your Source For Los Angeles Rams Games

With more than 85 channels, YouTube TV is quickly becoming a popular streaming service. You can watch Los Angeles Rams directly from the YouTube app and also catch news and entertainment about your favorite sports and sports personalities. If you want a DVR, YouTube TV offers an unlimited option. Keep in mind here that game availability is dictated by your local market, so if you live outside of the Los Angeles area, you may have to subscribe to one or more of the other services listed to catch every game.

Don’t Have Access To Streaming? Listen To The Los Angeles Rams On Westwood One

We don’t always have access to a screen. If you’re going to be on the road or otherwise away from the big game on game day, you can listen to the Los Angeles Rams and other NFL programming on Westwood One. Westwood One offers the most complete audio coverage of the NFL, including every game during the regular season as well as the Pro Bowl in Orlando.

You Can Watch the Los Angeles Rams Privately With A VPN

We don’t always want our Internet Service Providers keeping up with what we’re doing online. If you’d rather block your browsing, viewing, and other online activities from your ISP and other prying eyes, you need a VPN. And, yes, you can use your VPN to watch Los Angeles Rams games… And your wife will never know. NordVPN is an excellent option that won’t break the bank.

When you are a Los Angeles Rams fan but have chosen to leave cable back in the 2000s where it belongs, you have to get with the 2020s and beyond. This means using streaming services, such as those listed above, to catch your games on the go.