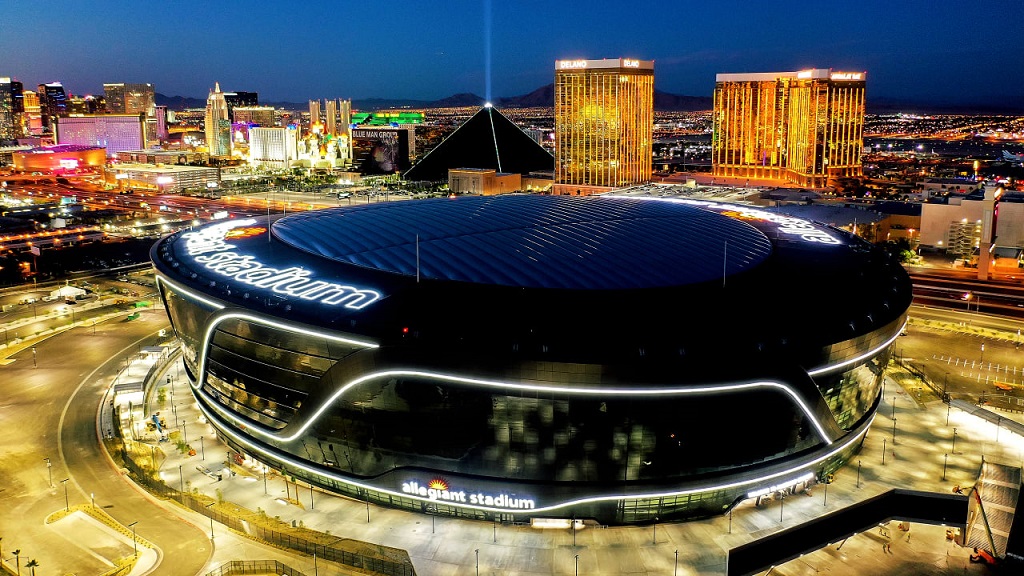 Do you crave the Las Vegas Raiders during football season? Here’s how to satisfy the itch without a lengthy cable contract.

The Las Vegas Raiders have been a professional football team since way back in 1960 when they were established as the Oakland Raiders. Coached first by Navy veteran and Naval Academy coach Eddie Erdelatz, the team has played under the name of many cities over the last six decades. In 1982, the Las Vegas Raiders were homed in Los Angeles and then returned to Oakland from 1995 to 2019. It wasn’t until 2020 that Las Vegas and Allegiant Stadium called the Raiders their own.

The team now known as the Las Vegas Raiders has been stationed in a total of six different home fields since 1960 and has won three Super Bowl championships since 1976. The team also has 15 division championships and 22 playoff appearances in its complicated history.

Whether you are tuning in for football or the action on the sidelines, you either have to have cable, live in the local market, or subscribe to these free and paid services that bring football to your front door.

Fubo puts you up close and personal with the 50-yard line.

The list of services available through Sling just keeps growing, and, recently, the streaming TV provider made strides to entice sports lovers across the country. For an extra $11 each month, you can add Sling’s exclusive sports package, which includes access to the ever-coveted NFL RedZone. This is the best way to catch football on Sunday afternoons. Las Vegas Raiders followers will find just about everything they need on Sling to jump right into the action without having to go to every game in person.

Sign up for Sling service today, and settle in for football tonight.

Hulu is no stranger to major press releases. At the end of July in 2021, the cable alternative made a huge announcement. What was it? Hulu + Live now offers the NFL Network at no extra charge to Hulu + Live ($64.99/month) customers. For An extra $9.99, Las Vegas Raiders fans and followers can also stream on Sundays through the NFL RedZone, which offers seven hours of real-time commentary to go along with the game.

Hulu is one of the top streaming services in the nation. Find out why.

NFL Network Has The Las Vegas Raiders Every Thursday Night (For Now!)

The NFL Network boasts almost 200 NFL games live. This includes Thursday’s games until the 2023 season. Then, Amazon Prime will satisfy your midweek football cravings. If you have any of the services above, you can also sign up for NFL RedZone, which also comes with Sunday afternoon games and extra content perfect for Las Vegas Raiders followers.

Already Have Cable? Try The NBC Sports App For Your Mobile Devices

If you already have cable service but you can’t be at home for every Sunday, Monday, and Thursday game, you can log into the NBC Sports app with your current television credentials. You’ll have access to clips and highlights, full event replays, as well as live games. If you’re looking to watch away from your cable and don’t want to pay more, this free service is for you. You will need the latest version of Adobe Flash to enjoy the Los Angeles Raiders on your mobile device.

Do you need a VPN to watch Las Vegas Raiders? No, it’s not required. But, if you want a private viewing experience or need to watch outside of the home zone, a virtual private network can help make it happen. Check out NordVPN today for more information or to sign up for just $3.

As you can see, you have many options to help you watch the Las Vegas Raiders online. When you don’t have cable, you can always turn to streaming to satisfy the football itch.