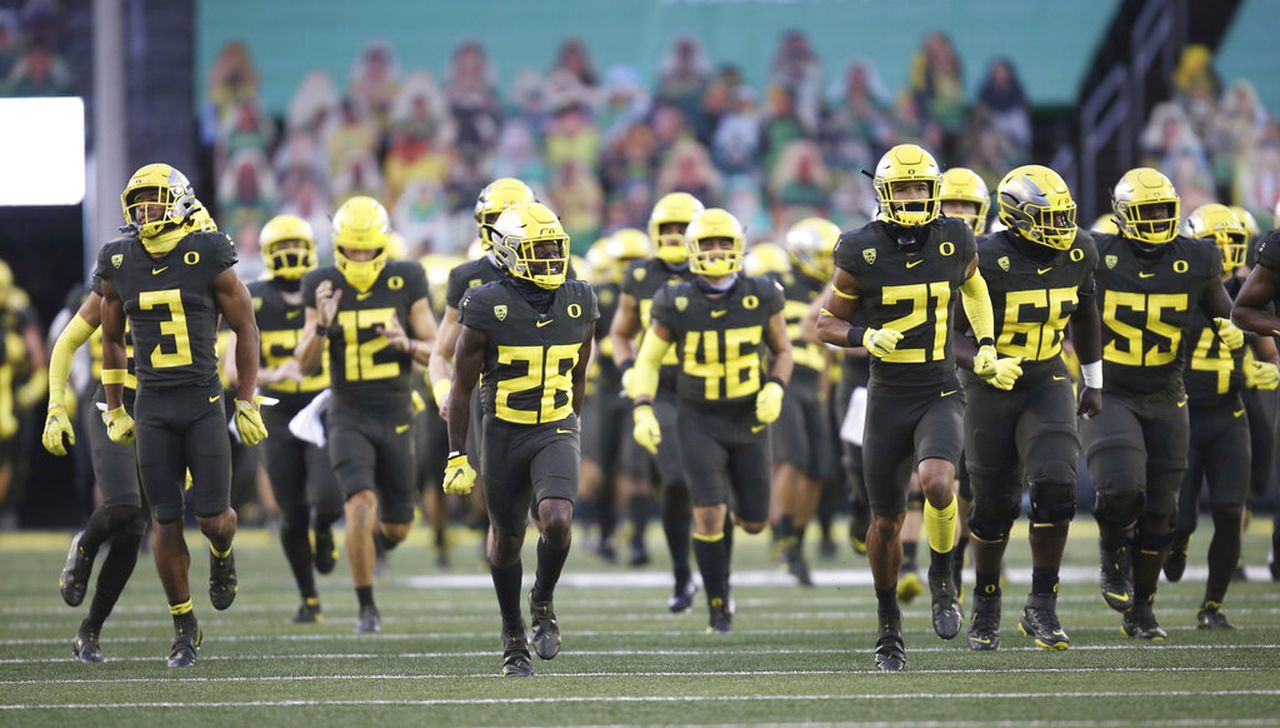 You don’t have to live on the West Coast to watch Oregon Ducks games online.

The Oregon Ducks football team was originally founded in 1894. In 1967, the University of Oregon’s team got its very own place to call home. Autzen Stadium has a capacity of 54,000 people and features an impressive artificial turf. The Oregon Ducks are known rivals with Oregon State and Washington and alternate between five different uniforms, which are currently produced by Nike. The school’s basketball team is equally impressive, having graced the court since the 1902/1903 season (although the early Ducks didn’t win any games until 1907).

If you are looking to watch the green and yellow dominate the field or the court, you can catch all of the action of this Pac-12 North school using any of the streaming services below.

Fubo: Your Online Portal For Streaming The Oregon Ducks

Do you want access to the majority of the Top 50 Nelson-ranked networks? Is sports at the top of your list? If the answer is yes to both of these questions, and you want to stream the Oregon Ducks online, then you want Fubo. Fubo is one of the world’s best interactive television viewing experiences with the singular goal of eradicating cable and its ridiculous contracts. Fubo carries many channels, and you can watch the Oregon Ducks and other Pac-12 teams on your own terms. These include FS1, Pac-12 National (Regional may be available), and ESPNU with Fubo Extra or Sports Plus.

Have you heard? College sports are on Fubo.

Want To Watch The Oregon Ducks? Stream With Sling

You already know that you want to watch the Oregon Ducks online. And, by now, it’s probably become clear that streaming is your best bet. However, if Fubo doesn’t impress you, Sling might. Sling has the vast majority of sports channels that you need, and if you sign up for Sports Extra plus both tiers of service, Orange and Blue, you won’t have to worry. Pac 12 Networks, The Big 10 Network, NBC, ESPN News, and the SEC Network are all available for your viewing pleasure. When you sign up, you don’t commit to a contract, you can cancel any time, and then come back when you’re ready.

Sling gives you unrivaled flexibility to watch on your terms.

Check Out Hulu + Live TV For The Oregon Ducks

College football and basketball are both live on Hulu all season long. In addition to sports, you will have exclusive access to Hulu Originals (think Handmaid’s Tale) through the network’s more than 75 channels. Stream exclusive series, special events, and college sports from anywhere, including the living room, bedroom, and car – as long as you are not driving. And, if you’re like most of us and you tend to forget that college football happens every Saturday during the season, Hulu is happy to send you a push notification before kickoff. As soon as you sign up for Hulu + Live TV, you can also login to NBC Sports and WatchESPN using your Hulu credentials.

If you are not able to watch the Oregon Ducks football live, check out the content available on Pac-12.com during the postseason. Videos include press conferences, award discussions, insight on players of the year, and, of course, game highlights. Visit the site on game day for the potential to catch a live stream presented by the University of Oregon.

Streaming Audio Of Oregon Ducks Sports? Here Are Some Options

For the last 35 seasons, Jerry Allen has done a play-by-play of Oregon Ducks football on The Oregon Sports Network from LEARFIELD. Mike Jorgensen joins him, and Terry Jonz presents a two-hour pregame show each in-season Saturday. Depending on where you live, you’ll have access to every game. A few options are 630 AM/101.1 FM in Coos Bay, 1240 AM in Klamath Falls, and 820 AM in Waldport. For online streaming audio, check out TuneIn.com and The Varsity Network App. Basketball more your thing? GoDucks.com has you covered.

Can I Watch The Oregon Ducks In Private? (Yes, With A VPN)

The problem with college sports is that you can’t always watch them on your local channels. Regional restrictions and blackouts dictate who can watch and from where. Plus, when you want to stream the Oregon Ducks online, a simple Google search may even open up the possibility that your ISP will start sending you dozens of ads for everything from merchandise to Oregon vacations. A VPN stops that by hiding your internet activities and location. Just as importantly, when you are streaming online using a VPN, the information you input into your apps (such as your password and credit card information) is encrypted and safe.

While the Oregon Ducks might not catch every pass, you can catch every game. All you have to do is choose the service, sign up, and stream from wherever you are.

*We try to keep up with current pricing. But, each service is subject to change at a moment’s notice.