How To Watch Monday Night Football On ESPN Live Online 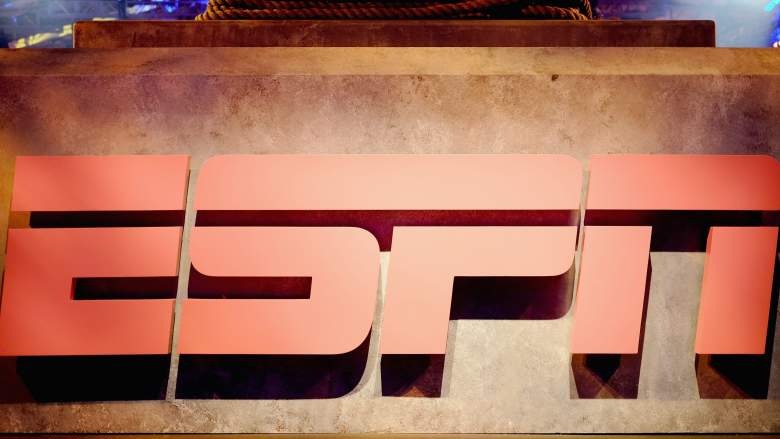 Are you looking to watch Monday Night Football on ESPN? Keep reading for your streaming solution.

If it wasn’t for a bad decision by the now-defunct hockey team New England Whalers, ESPN may not exist. But, the team decided to let their communications director, Bill Rasmussen, go back in 1978. Rasmussen, not willing to leave a life of sports behind, came up with the idea of founding a sports-centric broadcasting network. ESPN was born less than a year later with the help of Rasmussen’s son, Scott. On September 7, 1979, ESPN’s first broadcast, SportsCenter, was aired and remains a staple of the network.

Today, ESPN is a multi-billion-dollar business largely owned by Disney’s ABC. SportsCenter continues to be a flagship of the station, followed by NFL’s Monday Night Football on ESPN. The company’s lineup of sports shows doesn’t end there, and there are many exciting programs you can watch from the comfort of home. Don’t have cable? Don’t worry, you can still satisfy your need for the NFL on Monday night.

These Streaming Services Have Monday Night Football On ESPN

10 years ago, if you didn’t have cable, you might not be able to watch Monday Night Football. Things all changed with the advent of online streaming television services, such as Sling, Hulu, and FuboTV. Each of these caters to those that want to watch the NFL, and each offers access to Monday Night Football on ESPN. There are subtle differences, however, so take the time to get to know each before you make a decision.

For just $35 per month, you can subscribe to Sling Orange. This sports-centric option from the online streaming service also provides access to ESPN2 and ESPN3. However, if you are interested in more sports channels, such as the NFL Network and FOX Sports, you’ll need to elevate your subscription to Orange + Blue for $50 per month. Monday Night Football on Sling is even more exciting when you use the streaming service’s exclusive Watch Party feature. What’s a Watch party? It’s an opportunity for you and your favorite Monday Night Football-loving friends and family to stay connected via live chat during the big game.

Sign Up For Hulu, Plus Disney Plus, Plus ESPN+ For Monday Night Football And More

Hulu is no stranger to ESPN. In fact, being owned by the same company as ESPN, Hulu subscribers may have an easier time accessing all of their favorite shows, including Monday Night Football. When you sign up for Hulu Live, you’ll have enough TV to keep you busy for days, including access to ESPN. But, for a truly immersive, imaginative, and virtually unlimited television streaming experience, register yourself for Hulu’s Live TV plus Disney + and ESPN + bundle. At $72.99 per month, this is an affordable way to give yourself and your family the best of what the Walt Disney company has to offer. Plus, if Monday Night Football isn’t enough, you’ll have plenty of local channels so you can follow your favorite team on Sundays, too.

Hulu + Live gives you live action and excitement with Monday Night Football on ESPN. Buy the bundle, and you can also read more than 3000 premium sports articles each year, which you can view from any of your devices.

If You Want Monday Night Football On ESPN, You Want Fubo

At $64.99, Fubo’s Starter Package is one of the most affordable out of the options listed. In addition to ESPN and Monday Night Football, you’ll also get more than 100 additional channels, including the NFL Network and NBC Sports Network. What’s more, with Fubo, you can swap from Starter to Pro to Elite and back at any time without pesky termination fees. Fubo further offers NFL fans a true-to-life experience with sports in 4K high definition. Whether you watch from your smart TV, Xbox, or Roku, Fubo won’t disappoint.

Monday Night Football is on ESPN. Your TV should be streaming Fubo.

If Monday Night Football isn’t enough, ESPN can satisfy your need for sports every single day. There are plenty of other shows to watch, including: