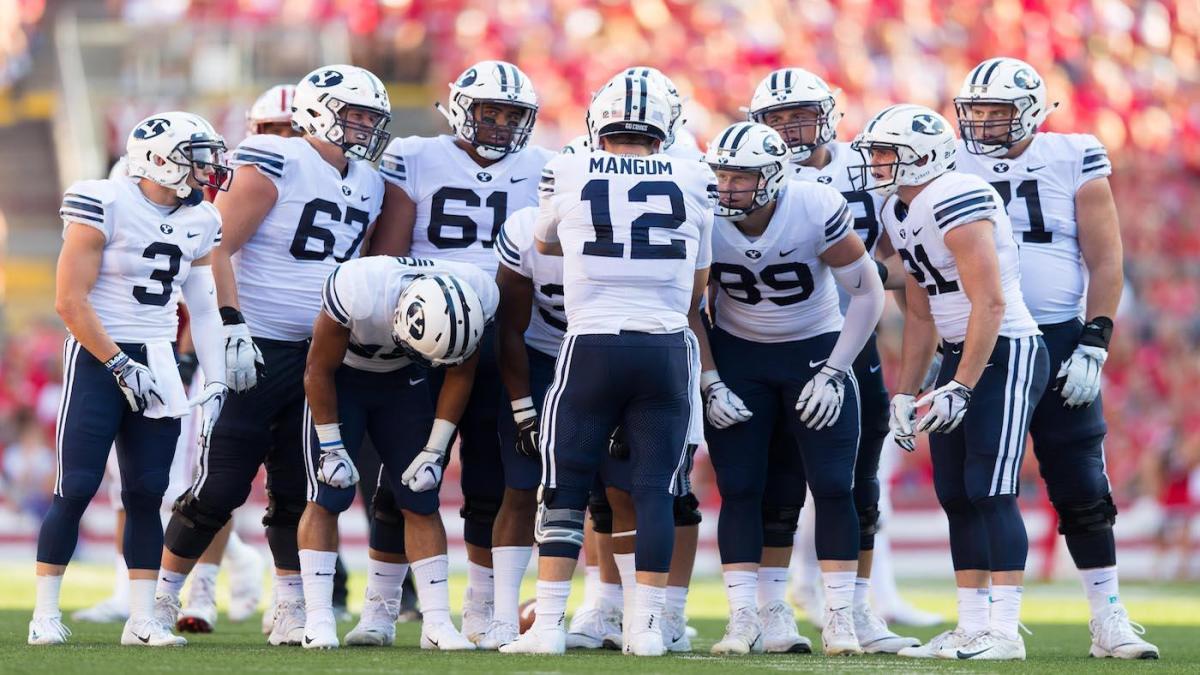 Starting in 2023, BYU Cougar Football will fall under the Big 12 Conference. But, you don’t have to wait another year to watch online as the players of Brigham Young University dominate the field.

The BYU Cougars, which played its inaugural year in 1922, is not the oldest football team in college sports history. But, they’ve claimed nearly two dozen titles and have produced at least one Heisman Trophy winner. Interestingly, Brigham Young Academy and later Brigham Young University were once completely banned from participating in football because of an unfortunate on-field accident at the turn of the century. Today, safety measures are in place to keep our players from experiencing significant injuries, and, after a 20-year prohibition, LDS Church schools were once again permitted to play football.

When you are looking for the best way to stream BYU Cougar football games online, look no further than the services listed below.

The BYU Cougars Are Streaming Online With Fubo

Fubo is widely considered by sports enthusiasts as the best option to catch college football, including streaming the BYU Cougars. You’ll have access to the ESPN suite of channels as well as the CBS Sports Network and Fox Sports. If you’re looking for even more action, Fubo’s Sports Plus gives you access to ACCN, ESPNU, and, for those of you that follow the NFL, NFL RedZone.  If you don’t need such a heavy sports lineup, Sports Lite is one of their newest add-on options that offers the SEC Network and ESPN News.

Fubo might have a funny name, but it’s serious about college football.

Flexible and affordable, Sling offers an outstanding viewing experience when you want to stream the BYU Cougar Football team online. You’ll get ESPN and many other sports channels that you can watch on your Windows operating system, through TiVo, on your Fire TV, Apple device, or pretty much any streaming stick on the market. Sling was the first app-based streaming service, and it continues to upgrade and expand for sports fans on a mission. When you subscribe to Sling, you have plenty of options, including a football bundle and unparalleled access to college football championship games when you sign up for Sling Orange.

Trust Sling to keep you close to the sidelines and into the action.

Hulu is a major powerhouse in the world of streaming football and every other type of content you can imagine. Owned by the Disney company, Hulu makes it easy to access current and past games and championship tournaments. When watching the BYU Cougars streaming online is your top priority, make sure that Hulu makes it to your short list of live services. Like others on the list, Hulu + Live TV offers access to ACC, SEC, and Big 12 teams and doesn’t make you sign a contract. You can also tune into BTN, CBS, Fox, and more than a half-dozen other sports-oriented channels directly from the app. Depending on where you live, you may have access to other channels, but it’s always best to check Hulu’s current lineup as this varies by region.

Hulu doesn’t care which team you’re rooting for, but it does let you watch BYU Cougar football games.

Are you ready to watch the BYU cougar football team in the current season or for years past? Check out BYUTV.org for free access to games from today all the way back to when BYU football played against San Diego State in 1979. While it might sound too good to be true, this online streaming platform is supported by donations and is free to watch.

If you want to listen to BYU cougar football, you’ll need to tune into the college radio stations via SiriusXM. But, when you are more interested in anecdotes, stories, and supplemental information, you can stream BYU Sports Nation online for free at BYURadio.org.

If the term “virtual private network” is foreign to you, you’re not alone. Many people don’t realize that it is possible to get online without every movement being tracked. And, when your goal is to watch BYU Cougar Football and you don’t live in the Provo area, a VPN can help you tune in. NordVPN is our top pick because it’s one of the most secure VPNs on the market. Further, it was created by Nord security, which has been a trusted name in digital security for the last decade.

You should not have to jump through hoops to watch the BYU Cougar football. Fortunately, in today’s digital streaming age, you don’t, and the above services can help you stay connected to the Cougars anytime your favorite player is on the field.

We work diligently to ensure that pricing is accurate. However, plans and availability change often, so check with your service of choice before you sign up.