Here’s How To Watch The Miami Dolphins Online 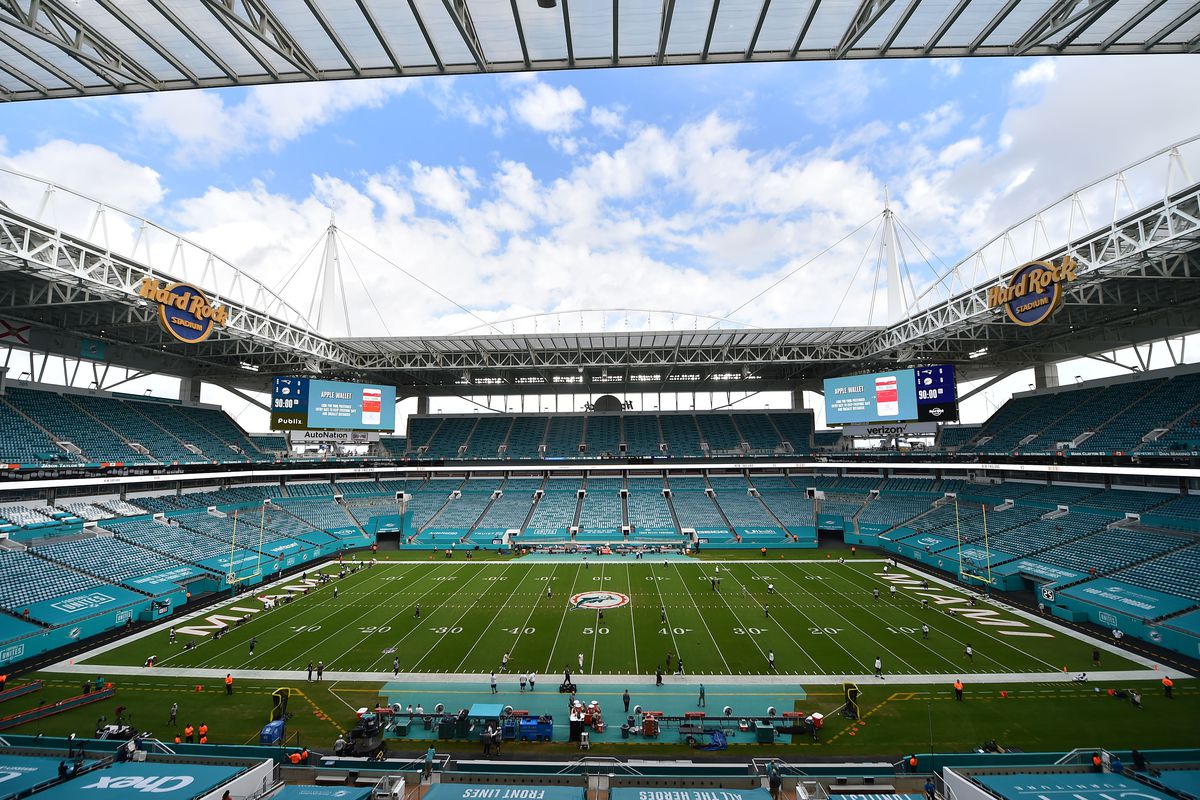 Do you want to be free to watch the Miami Dolphins whenever you want? Streaming is the way to go.

The Fins, as fans of the Miami Dolphins refer to their favorite team, splashed into the world on August 6, 1965. For more than half a century, the Dolphins have called Miami home, and they have made their town proud. In 1972 and again in 1973, the Miami Dolphins won the Super Bowl (against Washington Football Team and the Minnesota Vikings, respectively). The team has also showcased amazing skills on the field at 23 playoff appearances and hold more than a dozen division championships.

The Miami Dolphins mascot, TD (The Dolphin), is an anthropomorphic aquatic mammal that has been a fan favorite since 1997. TD likes to show off at the Dolphin’s home base, Hard Rock Stadium, which seats more than 64,000 fans and boasts Tifway 419 Bermuda grass on its natural turf.

You don’t have to be a Dolphins fan to recognize them on the field. They have one of the most distinguishable sets of uniforms in the NFL. Each time The Fins run out onto the field with Miami Dolphins #1 playing, you’ll get a glimpse of Aqua, orange, white, and marine blue dashing past.

Are you a Miami Dolphins fan? Then you’ll want to subscribe to one or more of the services below to catch every game throughout the football season.

The Miami Dolphins stream each week on your favorite sports stations. But, where do you find them? The best answer we’ve come up with here is Hulu + Live. Choose the option to forgo ads, and you’ll have an uninterrupted viewing experience all season long. ESPN, your local channels, and plenty of other sports stations are all waiting. With your package of $64.99 or more per month, you’ll get free access to the NFL Network. If Sunday football is a tradition in your household, spend the extra $9.99 for RedZone, which is included in a sports upgrade that you can cancel anytime.

Hulu + Live makes football season so much better…and without cable!

What to stream NFL games online? Fubo has the Miami Dolphins. You can even get started with a free trial, which includes just about every channel you need to watch football all season long. What channels? CBS, RedZone, the NFL Network, and NBC, just to name a few. The Miami Dolphins are live and on-demand through your compatible device, and you can start watching TV today when you sign up.

Free trial? Sure, Fubo has that, but costs vary afterward.

Customize your online football viewing experience with Sling. Sling plays show and tell with the Miami Dolphins on ESPN, the NFL Network, and NFL Redzone (on Sundays). You can also add extra channels based on your family’s personal interests. Not sure which channel your team is on? Sling has a full schedule available directly on the website.

If Sling were a genie, it would only take one wish to get you all the football you could ever want.

If You Have An Antenna, Try CBS

If you want to watch the Miami Dolphins for free, you can use an antenna to watch for exactly $0. The only caveat here is that not every game is aired, although you will get an impressive selection of both early and late games on CBS. Check your local TV schedule for more information on which days that your team plays.

The official NFL app (for iOS and Android devices) brings the Miami Dolphins to you in both primetime and during locally broadcasted games. Your smartphone or tablet is your pass to the 50-yard line. Consider using a casting device (like Chromecast) to stream audio and video to your television.

Tired Of Missing Miami Dolphins Games When You Travel? Give NordVPN A Chance

What do licensing agreements have to do with the Miami Dolphins? A lot, actually. If you travel often or live outside of the Miami area, your location may prevent you from watching Sunday, Monday, or Thursday night football when your team is on. A solution to this problem is to outfit your device with a virtual private network. We trust NordVPN. A VPN can also help keep your data safe when you enter information into an online form.

Cable isn’t all it’s cracked up to be, especially if you love the Miami Dolphins. Click any of the links above for quick access to services that can help you stream your favorite team from the preseason to the playoffs.